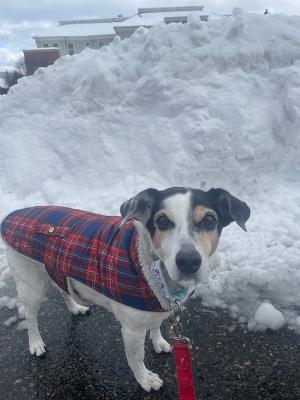 Mom is finished with her October draft. We picked today’s 5 words from that story.

Witch – If Mom were a witch, I’m pretty sure she would cast a spell to make Book #2 happen. She’s not a witch. Well, not that kind of witch, anyway. I was a witch for Halloween a few years ago. Not a scary witch, but a good witch. If I could cast a spell, I’d be buried in delicious treats. And toys. Plus taking a lot of car rides. And walks.

Mushroom – Sometimes, mushrooms get out of control around here. When it rains too much, mushrooms from outer space grow in the grass and mostly, they don’t even look like mushrooms. Mom says, “No fairies would be caught dead living in there.” and “That is a mushroom from Mars.” and “DON’T EAT IT!!” 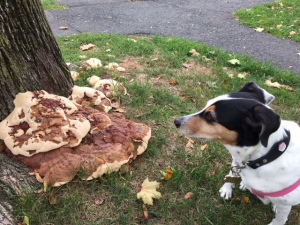 Snow – Mom has a winter/snow story that she loves. Her critique group loves it. So do the RYS judges. Apparently nobody else loves it. Snow is pretty. I like walking and playing in the snow. But if it touches my belly, all bets are off. 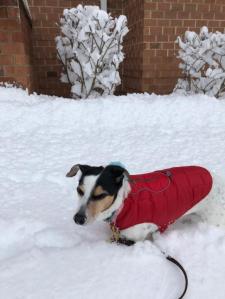 Are you seeing the problem here?

Mom has to pick me up and bring me inside. #delicatebelly 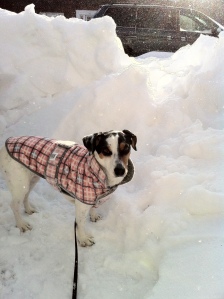 Midnight – We are not usually awake at midnight. Usually by then, I have Mom’s arm or leg pinned down, so I am sure she will not disappear in the night and leave me alone. 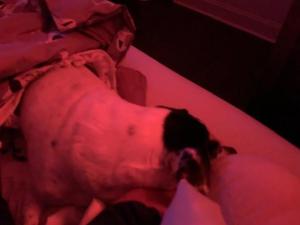 Sometimes, at midnight Mom gets an idea for a new story. If she writes it down, she may or may not understand it the next day. If she doesn’t write it down, it’s gone forever.

Delicious – I think all foods are delicious. Some favorites are chicken, bacon, cheese, cookies, tissues, gloves, acorns, and cigar butts from the ground at the park. 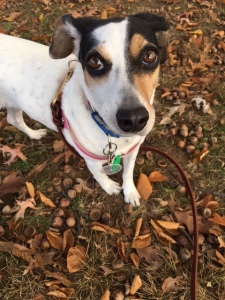 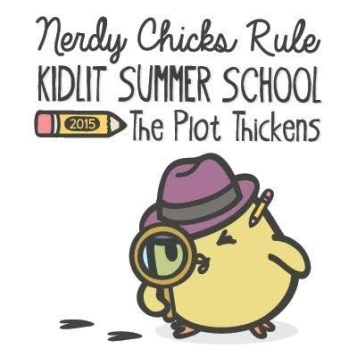 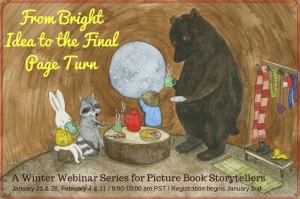